Who Else Could Play John Thornton?

When it comes to Mr Darcy, we have plenty of performances to compare and contrast but Mr Thornton only has one actor's rendition available for your viewing pleasure. In this whimsical piece, I wonder who else might be suited to the role, and what each of them might bring to the character.

While he has already played Thornton in the 1975 mini-series, I do not know of anyone who remembers this version.

However, I think he would he great. He should play Thornton just like he played Jean Luc Picard, a tough and strong leader who is fair but brooks no fools. Occasionally Picard let his emotional side out, falling in love and he could play that side of Thornton, especially the heartbroken aspects, with a typical British stiff upper lip masking his deeper misery.

Tastes have changed since the 70's however and while I'm certain that he could play Thornton very well, I'm not sure how well the script and production values would match up to modern sensibilities.

John Simm can play anything and be believable, from the insane Master on Dr Who, to time travelling Sam Tyler in Life on Mars, to driven Cal MaCaffery in State of Play.

My only reservation would be that his roles don't usually require an air of authority, which is an integral part of Thornton's character. 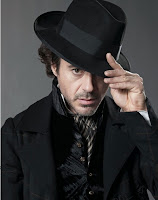 There is no doubt that Downey excels at playing Tony Stark-esk roles, the flippant playboy type.

I honestly wouldn't care of he turned Thornton into Stark, it's RDJ for God's sake!

Seriously though, if you haven't seen his performance in Chaplin, do so; it really does show that he's more than just a pretty face and charming personality. This guy has some serious acting chops and now that he's clean and sober, I think he could really do Thornton justice. Plus he's already mastered the British accent to play Chaplin. I wonder what his northern accent would be like? 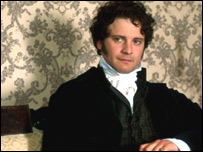 Thornton has often been compared to Darcy so why not have Darcy playing Thornton?

While both characters are stern however, Thornton doesn't have the same learning curve to go through that Darcy does. Thornton's character essentially doesn't change, other than he learns to follow his heart and broaden his ideas. Even when it comes to his workers, Thornton is always the best of the mill Masters and his later attempts to help are merely a logical extension of his good business sense.

Firth could pull Thornton off, though his version would likely be more dour than stern and more angry than heartbroken.

Nathan would bring a refreshingly flippant air to Thornton!

When Margaret found him beating up Stephens, he wouldn't order her out, he'd ask if she liked what she saw and throw her a wink. His Thornton would be a wordsmith, cracking jokes and puns and not afraid of telling Margaret how he felt about her “up tight” airs and graces. Underneath that superficial charm though, would beat a heart of solid gold and he would solve all of Milton's problems with a MacGyver-esk plan that involved unearthing the capitalist conspiracy to keep the proletariat in their place. 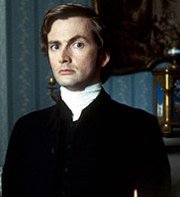 Well he'd get in his TARIS, fly back to the start of the industrial revolution, correct the social problems before they started and take Margaret off on an adventure throughout the universe!

OK, assuming he isn't playing Thornton as the 10th Doctor, Tannant has proven that he can play emotional roles, not only during Doctor Who but also in such drama's as Single Father. He could play Thornton's stoic heartbreak with relative ease.

Having said that, I don't think stern comes easily to him. His face is friendly and his nature more suited to comedy than to 'hard' characters. Even when threatening to wipe out entire species as the 10th Doctor, he just didn't seem than menacing.

Tennant's Thornton would be a more emotional and vulnerable character, and whether ot not that would work would depend largely on your own tastes. 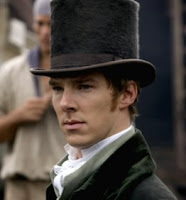 There is no doubt that Benedict has the acting chops to play Thornton but I'm just not sure he could be believable as a rough and ready mill master. Benedict is upper class though and through, but it would be interesting to see him a little rough around the edges and hear him try to do a northern accent.

Perhaps someone more familiar with his body of work can tell us if he's attempted any such roles in the past? 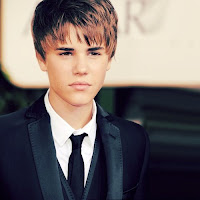 Imagine it - Thornton: The Early Years!

Okay, seriously, I don't know much about Bieber, but I did see his stint on CSI and he wasn't a bad actor at all (though I did hear unpleasant things about his manners on set).

Could he pull off a 16 year old boy who is dragged from school to support his family? Well hasn't Bieber been his families sole earner for years now? He certainly has some experience there that he can draw on, I'm sure.

Would it be a success? Well Bieber Fever would probably ensure that.

Would it be any good? You decide!

Thomas Dekker
Honestly though, if we're talking the early years I'd like to see Thomas Dekker give it a try. I remember him playing a 14 year old faith healer on House a few years ago and even at that age, he could believably portray strength, charisma and vulnerability. He's wasted on the Secret Circle.

Give this guy a real challenge, like a young John Thornton!

An often sadly overlooked English actor (sometimes by his own choice, I think) Eccleston has the talent to give Thornton both the gravitas he needs and the vulnerability we observe when he is rejected.

I believe he would portray Thornton as more 'working class boy made good' than 'middle class boy who had a tough start'. His accent and mannerisms would probably be less refined but there is no doubt in my mind that he could breath life into Thornton and make us love him.

So who would you like to see play Thornton and what do you think they would they bring to the role?