What I Love About Margaret 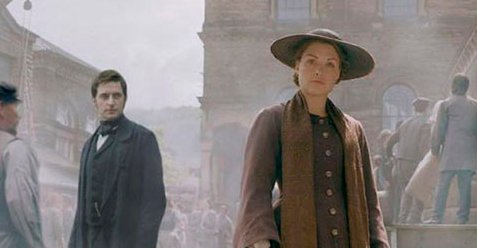 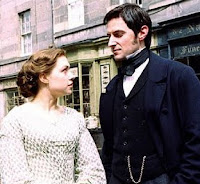 The first time I saw Margaret I thought that she had a frank dignity about her. Her dress and shawl were simple but she wore them with the same poise as the queen, when she wears her regalia. She was a creature unlike any other I had encountered before and I was captivated by her. 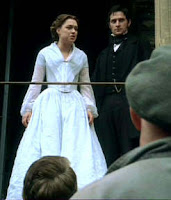 I worried that I did not make any such favourable impression; more a rough hewn, taciturn manufacturer.

My opinion of her grew as different facets of her personality were shown to me.

First I saw her softer side and playfulness as she allowed her father to use her fingers as sugar tongues.

Next I saw her compassion as she continued to help the strikers. I also witnessed her courage to continue helping those in need, despite scorn from others in our society.

Finally I saw her bravery as she stepped between me and the rioters, risking her life to save mine. The fact that she was indifferent to me at that time only made the gesture even more profound, for who risks danger for one they do not like?

It's impossible to pick one single reason for why I love her but it's safe to say that the moment we first touched, as she handed me a cup and saucer, was the moment that I knew my heart belonged to her. 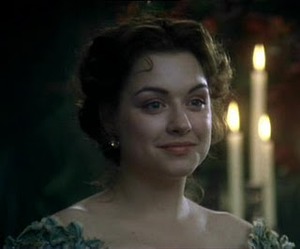 
You may also be interested in Fedoralady
Posted by Mr. J. Thornton at 22:07